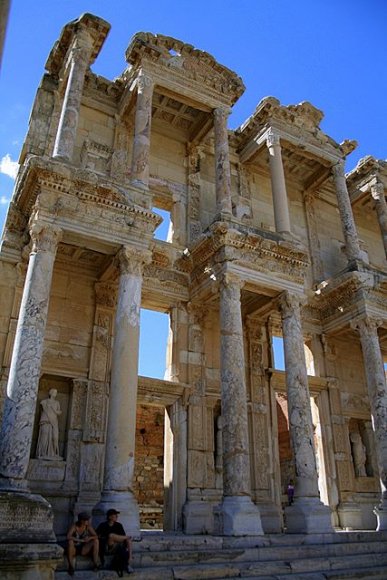 It was built during the Roman Period in 115-117 and maybe the most important remains of the Ephesus antique city. The building reflects the characteristics of the age of Emperor Hadrian and Roman architecture. In the front of the library there are replicas of statues of four women between the front columns, symbolizing mind, destiny, science and wisdom.
Owner: Baris Efe
Image Info