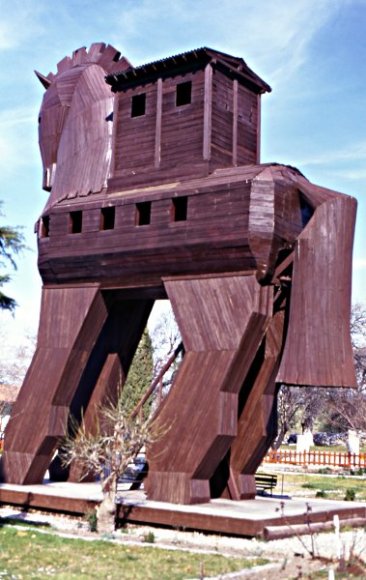 The Trojan Horse is part of the myth of the Trojan War. According to myth this wooden horse filled with Greek warriors and Greek army appeared to leave after ten years, but actually they did not. Wooden horse taken to the city as a gift and after drunken celebration of victory warriors emerged from the horse and they have opened the city doors. So the city was captured by the Greek army.
Owner: Baris Efe